“‘Why We’re Polarized’ shows how media, emotion, politicians and more are dividing Americans

Ezra Klein explains the political science for you. 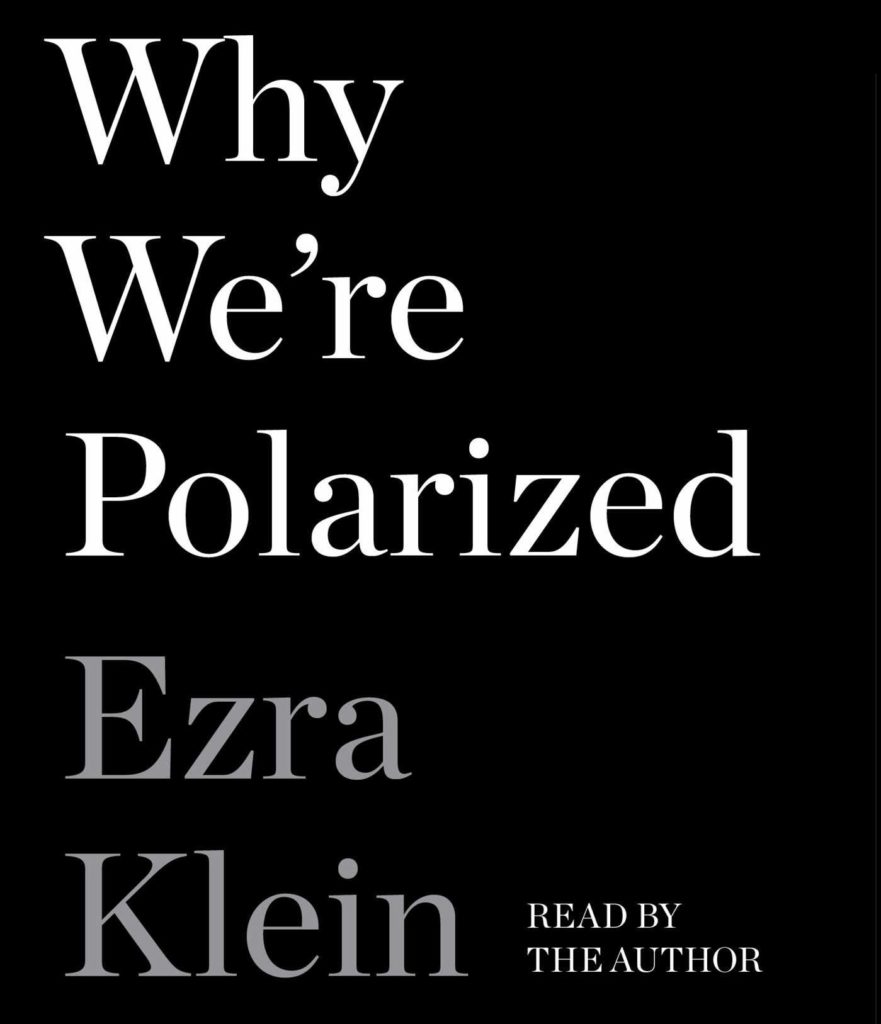 Few books are as well-matched to the moment of their publication as Ezra Klein’s “Why We’re Polarized.” President Trump has just become the third president ever to be impeached — and the first one where the votes have fallen almost perfectly along party lines. Klein’s careful book explains how different groups of Americans can see politics through such different lenses, examining how various psychological mechanisms allow committed partisans to rationalize almost anything their party does.

Klein first came to my attention during the 2009-2010 health-care debate, when his Washington Post blog “Wonkblog” was the go-to site for understanding the political and policy dynamics surrounding that legislation. This book fully displays the attributes that have made Klein’s journalism so successful.

The book is undeniably wonky, in the best sense of the word. Klein is an astute reader of political science and social psychology, disciplines he takes seriously. I should disclose that I occasionally wrote for Wonkblog several years ago. But given how much Klein has done to elevate political and social science, it’s hard to find a political scientist not in his debt.

Klein’s book starts with the psychological underpinnings of polarization, and then looks at ways that today’s media landscape and political institutions generate feedback loops that amplify it. In this view, polarization is self-reinforcing. Political elites divide over a question, and then citizens, picking up on those divisions, follow the natural grooves of human psychology by dividing themselves into increasingly meaningful groups. Those emerging divisions, in turn, heighten politicians’ incentives to accentuate their divisions. Thick with insight, the book is especially compelling on how today’s media environment fosters identity-infused content.

But Klein may have incorporated certain lessons from contemporary political science too well — picking up its blind spots and inheriting my discipline’s collective overemphasis on political psychology.”

“America’s political system isn’t broken. The truth is scarier: it’s working exactly as designed. In this book, journalist Ezra Klein reveals how that system is polarizing us—and how we are polarizing it—with disastrous results.

“The American political system—which includes everyone from voters to journalists to the president—is full of rational actors making rational decisions given the incentives they face,” writes political analyst Ezra Klein. “We are a collection of functional parts whose efforts combine into a dysfunctional whole.”

In Why We’re Polarized, Klein reveals the structural and psychological forces behind America’s descent into division and dysfunction. Neither a polemic nor a lament, this book offers a clear framework for understanding everything from Trump’s rise to the Democratic Party’s leftward shift to the politicization of everyday culture.

America is polarized, first and foremost, by identity. Everyone engaged in American politics is engaged, at some level, in identity politics. Over the past fifty years in America, our partisan identities have merged with our racial, religious, geographic, ideological, and cultural identities. These merged identities have attained a weight that is breaking much in our politics and tearing at the bonds that hold this country together.

Klein shows how and why American politics polarized around identity in the twentieth century, and what that polarization did to the way we see the world and one another. And he traces the feedback loops between polarized political identities and polarized political institutions that are driving our system toward crisis.

This is a revelatory book that will change how you look at politics, and perhaps at yourself.”