“Mad behaviour: the psychologist Joseph Henrich on what makes us weird

The Harvard professor on how most claims about human nature are based on people from “Western, educated, industrialised, rich, democratic societies”.

In 2010 Henrich co-authored a landmark paper titled, “The weirdest people in the world?” It observed that almost every claim made about human psychology or behaviour is based on studying people who are “Weird”; that is, from Western, educated, industrialised, rich, democratic societies. These people are also weird – statistical outliers.

Henrich’s research suggests our cultural environment, the norms and institutions we inherit, alters our psychology – and even our biology – in profound ways. Take learning to read. Becoming literate thickens your corpus callosum, which connects the brain’s right and left hemispheres and alters the parts of the brain responsible for processing speech and thinking about other minds. Literate people tend to be worse than others at recognising faces and are more likely to think analytically – breaking problems or scenes into component parts – rather than holistically.

Henrich contends that, compared with much of the world’s populations, “Weird” people are more individualistic and self-obsessed, and more likely to defer gratification, to stick to impartial rules and to trust strangers. They are less likely to extend special favours to friends or family. They’re more likely to feel guilt (a sense of having failed to meet one’s own self-imposed standards) than shame (a sense of having let down one’s community).

Henrich’s book poses a challenge to psychology, a field grappling with the so-called “replication crisis” – the realisation that when psychologists repeat an experiment, they often get different results. Henrich believes the discipline suffers from a “theoretical crisis”. “There’s no overarching theory that tells you what kind of effects you should expect. And that causes psychologists to try a bunch of stuff, which breeds a lot of false positives.”

The Weirdest People in the World is a provocative book. Human rights activists, for example, might bristle at its suggestion that in certain countries, individual rights aren’t a good psychological “fit”. But Henrich wants to avoid normative conclusions. “Like any science, [the book] can be useful to achieve your goals, but people might have different goals. I can see it being used by people who want to figure out how to spread human rights. I could see it being used by those who don’t.”

What is HBES Doing About the WEIRD Problem?

What is HBES Doing About the WEIRD Problem?

Evolution and Human Behavior (EHB) just released its September issue, which is devoted to highlighting ongoing research in the evolutionary social sciences that expands beyond WEIRD (Western, Educated, Industrialized, Rich, and Democratic) populations. This special issue, titled “Beyond WEIRD, a decade later: Population diversity in the evolutionary study of human behavior,” was edited by Coren Apicella, Ara Norenzayan, and Joseph Henrich and features articles on topics including evolutionary medicine, cooperation, leadership, morality, and developmental psychology.

Now, authors who submit to the journal are required to fully describe their samples. For instance, authors are now asked to specify the geographic location from which their sample was drawn, how their data was collected (online or in-person), and any theoretically-relevant characteristics pertinent to the research study, such as religion affiliation, race/ethnicity, and gender identity (inclusive of non-binary options). And importantly, authors must also specify the source of the sample in their Abstract. Manuscripts that do not adequately describe samples will be returned to authors for revision prior to consideration.

The September EHB issue, “Beyond WEIRD, A Decade Later: Population Diversity in the Evolutionary Study of Human Behavior,” offers some criticisms, but its contributors are also optimistic about the future of evolutionary social science. We agree that the methods and theory will only get better, and that is in part because of the disciplinary diversity of our community. In particular, the dialogue between anthropologists and psychologists has been, and we hope will continue to be, an engine at the heart of the creativity and productivity of HBES.

“You’re most likely WEIRD … and don’t even know it

Opinion: WEIRD is a high-impact acronym invented by psychology professors at UBC, referring to people who are ‘Western,’ ‘Educated,’ ‘Industrialized,’ ‘Rich’ and ‘Democratic’

Everybody talks about diversity now. But when these profs examined contemporary social-science research they uncovered a huge blind spot to cultural differences, which has led to misleading conclusions about human psychology and, for that matter, human nature.

The colleagues published a ground-breaking paper in 2010 that showed more than 96 per cent of experiments in social psychology were based on subjects who are WEIRD. Compared to the vast majority of people on the planet, WEIRD people tend to be highly individualistic, control-oriented, nonconformist, analytical and trusting of strangers.

We are not the global norm. As Henrich says, “Textbooks that purport to be about ‘Psychology’ or “Social Psychology’ need to be retitled something like ‘The Cultural Psychology of Late 20th-Century Americans.’ ”

Henrich explains all this and much more in his new magnum opus, titled The WEIRDest People in the World: How the West Became Psychologically Peculiar and Particularly Prosperous. Despite its 680 pages, it’s quite readable.

Henrich’s book takes the UBC crew’s understanding of WEIRD traits to new levels of significance. Gleaning from history, philosophy, religion and anthropology it attempts to explain why there are differences between cultures, including why some are more prosperous. It’s reminiscent of the trans-disciplinary project Jared Diamond took on with Guns, Germs and Steel, which maintained geography shaped Eurasian power.

WEIRD people aren’t really willing to lie for a friend, he explains. In a cross-cultural experiment in disparate nations, participants were asked to imagine what they would do if they were a passenger in a car with a close friend who, while driving above the speed limit, hit a pedestrian.

More than 90 per cent of people in WEIRD countries such as Canada, Switzerland the U.S. would not testify their friend was driving slower than he was. “By contrast, in Nepal, Venezuela, and South Korea most people said they’d willingly lie under oath to help a close friend.” Communal bonds matter more in places that are not WEIRD.

While clearly disposed to “celebrate diversity” he avoids the cliché that, because of our common humanity, “deep down everyone’s the same.” It’s only true to a small extent: If we’re cut with a sharp object, for instance, we all bleed.

But because of our collective histories and cultures humans can actually turn out starkly different. So much so that Henrich makes it clear that ethnic and religious conventions can rewire the structure of our brains, even our genes.

It’s a real-world position: Humans become the peculiar and often amazingly different people they are due to myriad unrecognized cultural forces.”

“Personality is not only about who but also where you are”

Dorsa Amir
is an evolutionary anthropologist and postdoctoral research fellow at Boston College. Her work has appeared in The Washington Post, on Buzzfeed and in TEDx talks. 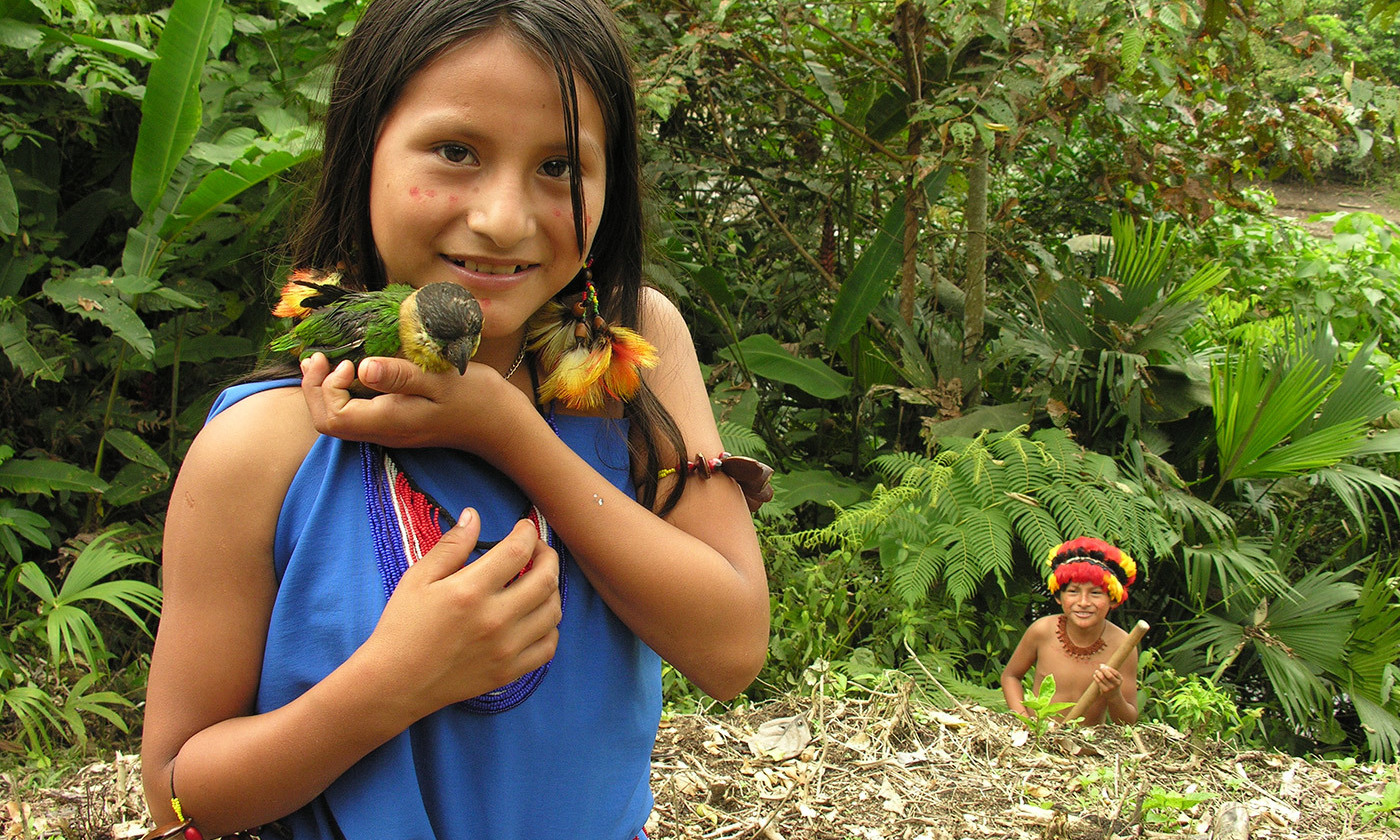 The first challenge is casting doubt on the tendency to see personality traits – patterns of behaviour that are stable across time – as parts of our identities that are inevitable and arising from within. While it’s true that people are the products of genes interacting with the environment (the answer to the question ‘Is it nature or nurture?’ is always ‘Yes’), work by the psychologist Nick Haslam at the University of Melbourne and other researchers has shown that people err in the direction of nature, seeing personality traits as much more fixed. In other words, you’re more likely to say that your friend Jane just is a patient person and always would be, even in an environment where it’s not the best strategy – for example, in a dangerous situation where tomorrow isn’t guaranteed. Patience, you might say, is something that comes from within her, not from the world around her.

The other challenge concerns whom psychologists have been studying for the past century. While scholars know a fair amount about how traits develop, that knowledge derives from research on a very specific and peculiar subset of humans: those living in industrialised societies. As quantified in a now-landmark study called ‘The Weirdest People in the World?’ (2010), the anthropologist Joseph Henrich and his team at the University of British Columbia showed that roughly 96 per cent of subjects in psychology studies came from so-called ‘WEIRD’ societies – or those that are Western, educated, industrialised, rich, and democratic.

A bias toward WEIRD societies is problematic for a number of reasons. First, people in these societies are a poor proxy for the average human, representing countries that make up only about 12 per cent of the world’s population. But this asymmetry toward industrialised societies is problematic for another reason: it represents an environment that’s fundamentally different from the ones in which human beings evolved.

To understand why industrialisation might be an influential force in the development of behaviour, it’s important to understand its legacy in the human story. The advent of agriculture 10,000 years ago launched perhaps the most profound transformation in the history of human life. No longer dependent on hunting or gathering for survival, people formed more complex societies with new cultural innovations. Some of the most important of these innovations involved new ways of accumulating, storing and trading resources. One effect of these changes, from a decision-making standpoint, was a reduction in uncertainty. Instead of relying on hard-to-predict resources such as prey, markets allowed us to create larger and more stable pools of resources.

To understand why industrialisation might be an influential force in the development of behaviour, it’s important to understand its legacy in the human story. The advent of agriculture 10,000 years ago launched perhaps the most profound transformation in the history of human life. No longer dependent on hunting or gathering for survival, people formed more complex societies with new cultural innovations. Some of the most important of these innovations involved new ways of accumulating, storing and trading resources. One effect of these changes, from a decision-making standpoint, was a reduction in uncertainty. Instead of relying on hard-to-predict resources such as prey, markets allowed us to create larger and more stable pools of resources.”