Agustín Fuentes — Why We Believe: Evolution and the Human Way of Being

Agustín Fuentes — Why We Believe: Evolution and the Human Way of Being

Why are so many humans religious? Why do we daydream, imagine, and hope? Philosophers, theologians, social scientists, and historians have offered explanations for centuries, but their accounts often ignore or even avoid human evolution. Evolutionary scientists answer with proposals for why ritual, religion, and faith make sense as adaptations to past challenges or as by-products of our hyper-complex cognitive capacities. But what if the focus on religion is too narrow? Renowned anthropologist Agustín Fuentes argues that the capacity to be religious is actually a small part of a larger and deeper human capacity to believe. Why believe in religion, economies, love? Fuentes employs evolutionary, neurobiological, and anthropological evidence to argue that belief — the ability to commit passionately and wholeheartedly to an idea — is central to the human way of being in the world.

The premise of the book is that believing is our ability to draw on our range of cognitive and social resources, our histories and experiences, and combine them with our imagination. It is the power to think beyond what is here and now in order to see and feel and know something — an idea, a vision, a necessity, a possibility, a truth — that is not immediately present to the senses, and then to invest, wholly and authentically, in that “something” so that it becomes one’s reality. The point is that beliefs and belief systems permeate human neurobiologies, bodies, and ecologies, and structure and shape our daily lives, our societies, and the world around us. We are human, therefore we believe, and this book tells us how we came to be that way.

– what it means to “believe” something (belief in evolution or the Big Bang is different from belief in progressive taxes or affirmative action),
– evolution and how beliefs are formed…and why,
– evolution of awe, wonder, aesthetic sense, beauty, art, music, dance, etc. (adaptation or exaptation/spandrel?),
– evolution of spirituality, religion, belief in immortality,
– Were Neanderthals human in the “belief” sense?
– human niche and the evolution of symbolism/language,
– evolution of theory of mind,
– how to infer symbolic meaning from archaeological artifacts,
– components of belief: augmented cognition and neurobiology, intentionality, imagination, innovation, compassion and intensive reliance on others, meaning-making,
– dog domestication and human self-domestication,
– Göbekli Tepe and the underestimation of ancient peoples’ cognitive capacities,
– the development of property, accumulation of goods, inequality, and social hierarchy,
gender role specialization,
– monogamy and polyamory, gender and sex, and continuum vs. binary thinking,
– violence and warfare,
– political and economic systems of belief, and
– love as belief. 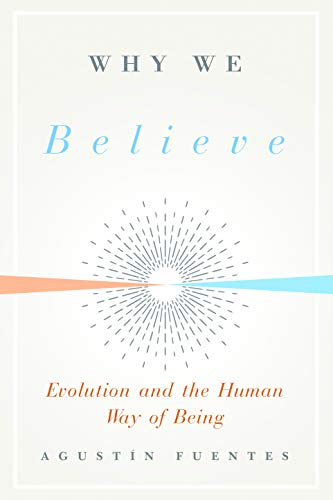