“The neural processes behind our desire for revenge

Summary: During a conflict between two groups, oxytocin levels increase, influencing the medial prefrontal cortex. This results in a greater feeling of empathy among the group and a desire to seek revenge on rivals. The findings shed light on how conflict contagion can occur in social groups. 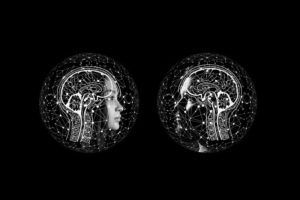 The study suggests that the ‘love hormone’ oxytocin is increased during conflict between groups and influences the medial prefrontal cortex, the section of the brain associated with our decision-making activity. This leads to a greater feeling of love and empathy among a group and the desire to seek revenge when attacked by an outside group. The findings may help explain how a process called ‘conflict contagion’ can occur, where a conflict that starts between a few individuals ends up spreading among entire groups.

They found that the conflict encountered by the revenge group was associated with an increased level of oxytocin compared to the control group. Additionally, they saw that these increased levels of oxytocin predicted the medial prefrontal activity associated with ingroup pain. This activity in turn predicted the desire to seek revenge upon the outgroup, regardless of whether some of the individuals were directly involved in the conflict.

“A neurobiological association of revenge propensity during intergroup conflict”.

A neurobiological association of revenge propensity during intergroup conflict

Revenge during intergroup conflict is a human universal, but its neurobiological underpinnings remain unclear. We address this by integrating functional MRI and measurements of endogenous oxytocin in participants who view an ingroup and an outgroup member’s suffering that is caused mutually (Revenge group) or respectively by a computer (Control group). We show that intergroup conflict encountered by the Revenge group is associated with an increased level of oxytocin in saliva compared to in the Control group. Furthermore, the medial prefrontal activity in response to ingroup pain in the Revenge but not Control group mediates the association between endogenous oxytocin and the propensity to give painful electric shocks to outgroup members regardless of whether they were directly involved in the conflict. Our findings highlight an important neurobiological correlate of revenge propensity which may be implicated in conflict contagion across individuals in the context of intergroup conflict.