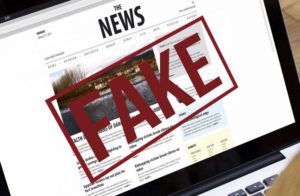 Conspiracy mentality, a measure of one’s propensity to endorse conspiracy theories, was only weakly linked to belief in anti-government fake news.

“The perception of the source is also important in the evaluation process: if the news is consistent with our beliefs, we more likely think that the news was written by an independent journalist, but if the news contradicts our viewpoint, we assume that it is biased and part of political propaganda,” Faragó added.

“When we read news, the satisfaction with the economic situation is also an important factor: if we are satisfied with the economy and the political management, we will trust pro-government news more, even if it is fake, and regard opposition news as political propaganda.”

“Therefore, we should read news that come from our own side even more critically,” Faragó said.”

We only believe in news that we doctored ourselves: The connection between partisanship and political fake news.