“How Neuroscience Helps Us to Understand Human Nature

[This article was originally a lecture given at the Fourth International Brain Education Conference held at the United Nations. It has been edited for length.] 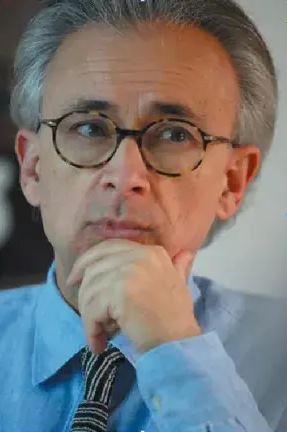 The area that I come from is that of neurology and neuroscience. My work is about trying to understand how the brain works. My hope is that some of the neuroscience that is taking place right now will help those of you who teach, and those of you who want to make each individual and the world as a whole better than they are today.

What has only been happening quite recently is that neuroscience can have a role in our culture. Neuroscience also talks about the fields of economics, moral behavior, politics, aesthetics, and education.

Most of what we know now from neuroscience that has an impact on society and culture actually comes from understanding human emotions, decision-making, and processes of consciousness.

Why such an interest in neuroscience now? Well, Largely for two reasons. One, there is a revolution going on in biology and two, there is an enormous rise in cognitive neuroscience.

The revolution in biology goes all the way back to 150 years ago and what has been learned since the days of Darwin. We now have a very clear idea of the structure of DNA. DNA is a fundamental element in the transmission of traits through genes. We know about the genetic code. We even know how it operates through molecular genetics and we have a fairly good idea of how the human genome is organized.

At the same time we have something very interesting happening in neuroscience: a hybrid of psychology and of large-scale systems neuroscience. New disciplines with funny names like experimental neuroanatomy, neurophysiology, neuropsychology, and last but not least, human neuroimaging, which has allowed us to have a clear view of the human brain in living individuals.

Living a life that has reduced stress and a great amount of happiness and harmony is also related. This is not just my desire to whistle in the dark and tell myself that because I’m active and I’m reasonably happy, I’m not going to have Alzheimer’s disease. Stress is inevitable if you live in a large urban center and have to cope with the reality of life. When you are under stress, you’re engaging a number of brain mechanisms that release certain hormones that are anything but helpful to us in our current cultural and historical situation.

They are the hormones that are connected with fear and with anger and they not only damage, for example, your arteries and the heart — bringing the possibility of hypertension — they also damage receptors that are on the surface of cells — nerve cells, neurons — in this region in particular.

The brain, the source of our memory, our mind, our behavior, and what we consider our self, is nonetheless an organ system that exists within the body. Because we pay so much attention to the brain and the mind, we start talking about brain and mind and behavior as if they were disembodied — as if they existed on some kind of vat and not inside the body. But from the point of view of evolution and biology, we have brains because we have bodies that the brains need to maintain.

The social structure in which the individual is inserted depends on the life of others. There is no such thing as leading an independent, individual life. From the get-go, we are born and are dependent on our parents. We clearly cannot walk out and run our lives, go to school and get to the university. It’s perfectly obvious that dependence is a state for human beings. They depend throughout life on others.

Spinoza was a major philosopher of the 17th century who I believe was one of the great forerunners of modern thinking in biology. The man could not know anything about the brain. Yet in the 1650s he was honing in on ideas that we now find perfectly sensible in terms of our modern understanding of life and of the brain in particular. He clearly identified, as a source of happiness and more importantly as a source of moral systems, the fact that you cannot be happy by yourself if you do not contribute to the happiness of others.

Here’s a man who was writing all this between Amsterdam and the Hague in the 17th century, and he has very interesting philosophies that were not at all connected with the Christian and Jewish roots that were his education. It is much more connected to other parts of the world where such thinking is more accepted. He had an interesting spiritual view of the world in which there was a God that was nature. He actually talked about God or nature as if they were virtually interchangeable.

How one leads one’s life, and the lives of others that surround one, can influence many diseases of the brain, all the way from stroke to Alzheimer’s disease.

Emotions are action programs. When you have fear, your face becomes startled, your body posture changes, your heart races, your gut contracts, your pulse races as well, your respiration changes and on and on. All of that is an action program that exists not just in our brain, but in the brains of many other species. Some of these programs go all the way down to invertebrates, to little creatures like a snail that do not even have a skeleton.

These programs achieve something very important. For example, fear allows you to take action, even without thinking, so that you can remove yourself from harm’s way. There are emotion programs that are negative on the surface, such as fear or anger, but that nonetheless are very positive in the outcome that they produced for us. Probably fear has saved more lives than any other emotion.

The very important thing to remember is that feelings are not those action programs. Feelings are what you perceive in your mind as a result of being in a state of emotion. Although in everyday language, we confuse one with the other, it’s important — and you have no idea how important this is for research strategy — it’s important to distinguish between an action program that does not even need to be conscious, that animals as have, from feelings. Feelings are conscious and feed this enormously beautiful edifice that we call culture.

The important thing for you to remember is that emotions are biological processes that are fundamentally about governing life, and administer either punishment or reward. If you’re happy, if you’re leading a great life, then you are administering rewards to yourself.”