“How does your body respond to feelings of moral outrage? It depends on your politics”

by University of Southern California 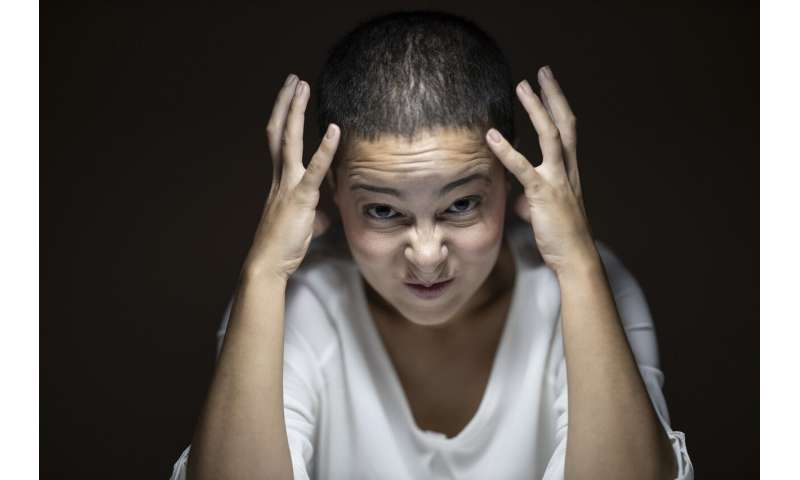 When you see someone being unfair, disloyal or uncaring toward others, do you feel a sense of moral outrage in the form of a twisting stomach, pounding heart or flushing face? And is it possible that your body’s response depends on your political affiliation?

Researchers with the University of Southern California Brain and Creativity Institute (BCI) set out to examine how and where emotions associated with violations of moral concerns are experienced in the body, and whether political orientation plays a role.

“Our study finds that liberals and conservatives feel moral violations in different areas of their bodies, interpret them as distinct complex feelings and make different moral and political judgements,” said Morteza Dehghani, assistant professor of psychology and computer science at the BCI and the USC Dornsife College of Letters, Arts and Sciences. “This was particularly true for perceptions of feelings of loyalty and purity.”

The research was published today in Psychological Science.

Prior research has shown liberals and conservatives rely on different moral foundations and react differently to violations of morals. The authors say their study is the first to indicate that political orientation influences where and how violations of specific moral concerns—including care, fairness, purity, loyalty and authority—are felt in the body. For example, liberals feel violations of purity in their crotch area, chest and slightly in their heads while conservatives feel these violations almost exclusively—and very strongly—in their heads.

It has been proposed that somatosensory reaction to varied social circumstances results in feelings (i.e., conscious emotional experiences). Here, we present two preregistered studies in which we examined the topographical maps of somatosensory reactions associated with violations of different moral concerns. Specifically, participants in Study 1 (N = 596) were randomly assigned to respond to scenarios involving various moral violations and were asked to draw key aspects of their subjective somatosensory experience on two 48,954-pixel silhouettes. Our results show that body patterns corresponding to different moral violations are felt in different regions of the body depending on whether individuals are classified as liberals or conservatives. We also investigated how individual differences in moral concerns relate to body maps of moral violations. Finally, we used natural-language processing to predict activation in body parts on the basis of the semantic representation of textual stimuli. We replicated these findings in a nationally representative sample in Study 2 (N = 300). Overall, our findings shed light on the complex relationships between moral processes and somatosensory experiences.

Whether moral judgment is a product of reason or emotion has been an ongoing debate among philosophers and psychologists for decades. When moral psychology separated itself from moral philosophy, it almost exclusively focused on reasoning rather than on affective aspects of morality. The first empirical attempts in moral psychology started by examining cognitive-developmental components of understanding fairness and rules (Kohlberg, 1971; Piaget, 1948). But subsequently, as the field expanded, there was an increasing interest in the affective components of morality. Accumulating evidence suggests that emotion can ensue from, amplify, or directly cause moral judgment (Avramova & Inbar, 2013). Irrespective of the exact nature of the relationship between emotion and morality, distinct emotions are known to be associated with specific moral concerns as well as moral violations (Haidt, 2003). Emotions are neural and somatic events that have the evolutionary function of preparing an organism to respond adaptively to a change in social or physical circumstances (Darwin, 1872). Once emotions are induced, individuals can consciously experience them by constructing a feeling, that is, generating a conscious mental experience (Damasio, 1999). Constructing feelings of emotions depends on brain systems that map and regulate body responses (Damasio & Carvalho, 2013). Both classic and modern theories of emotion postulate that interoception—the sensing of physiological feedback from the body and its visceral organs—is essential for emotional experience (Damasio, 1999; James, 1994; Schachter & Singer, 1962). The link between interoception and emotion continues to be supported by various studies. For example, Barrett, Quigley, BlissMoreau, and Aronson (2004) found that arousal focus, the extent to which individuals emphasize the changes of feelings in their verbal reports of experienced emotion, is related to interoceptive sensitivity. Individuals who were sensitive to their heartbeat change in response to emotion-arousal images reported more intense emotional experiences compared with less sensitive individuals (Barrett et al., 2004), supporting the association between body feedback and emotional states.”