“Hydroxychloroquine and the Political Polarization of Science

How a drug became an object lesson in political tribalism.

In particular, people become misinformed because they tend to trust those they identify with, meaning they are more likely to listen to those who share their social and political identities. When public figures such as Donald Trump and Rush Limbaugh make claims about hydroxychloroquine, Republicans are more likely to be swayed, while Democrats are not. The two groups then start sharing different sorts of information about hydroxychloroquine, and stop trusting what they see from the other side.

People also like to conform with those in their social networks. It is often psychologically uncomfortable to disagree with our closest friends and family members. But different clusters or cliques can end up conforming to different claims. Some people fit in by rolling their eyes about hydroxychloroquine, while others fit in by praising Trump for supporting it.

These social factors can lead to belief factions: groups of people who share a number of polarized beliefs. As philosophers of science, we’ve used models to argue that when these factions form, there need not be any underlying logic to the beliefs that get lumped together. Beliefs about the safety of gun ownership, for example, can start to correlate with beliefs about whether there were weapons of mass destruction in Iraq. When this happens, beliefs can become signals of group membership—even for something as dangerous as an emerging pandemic. One person might show which tribe they belong to by sewing their own face mask. Another by throwing a barbeque, despite stay at home orders.

And yet another might signal group membership by posting a screed about hydroxychloroquine.  There is nothing about hydroxychloroquine in particular that makes it a natural talking point for Republicans. It could just as easily have been remdesivir, or one of a half dozen other potential miracle drugs, that was picked up by Fox News, and then by Trump. The process by which Trump settled on hydroxychloroquine was essentially random—and yet, once he began touting it, it became associated with political identity in just the way we have described. (That is not to say that Trump and his media defenders were not on the lookout for an easy out from a growing crisis. Political leaders around the world would love to see this all disappear, irrespective of ideology.)

This bias toward extremes means that once opposing camps have formed, there is a lot of fodder for each side to appeal to as evidence of bias. Furthermore, with COVID-19, it is often the case that the different groups only trust one of the extremes. Extremity bias can thus amplify polarization, especially in an already factionalized environment.

The end result is that even without misinformation, or with relatively little of it, we can end up misinformed. And misinformed decision makers—from patients, to physicians, to public health experts and politicians—will not be able to act judiciously. In the present crisis, this is a matter of life and death.” 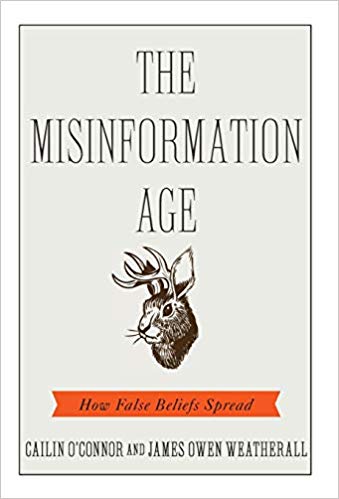